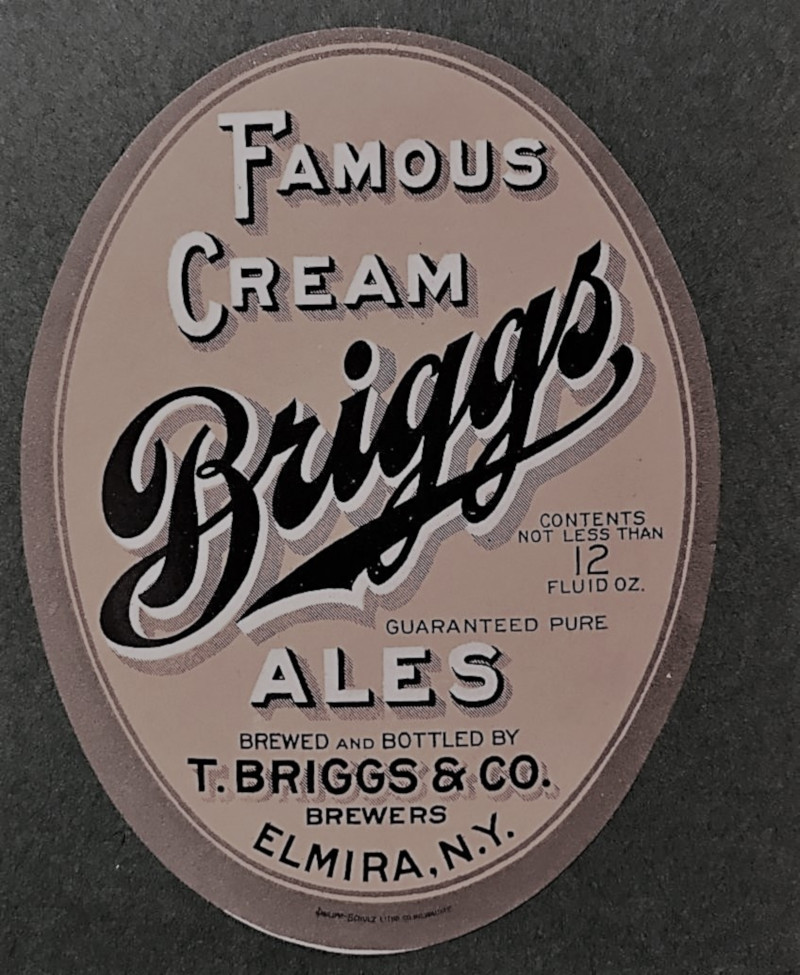 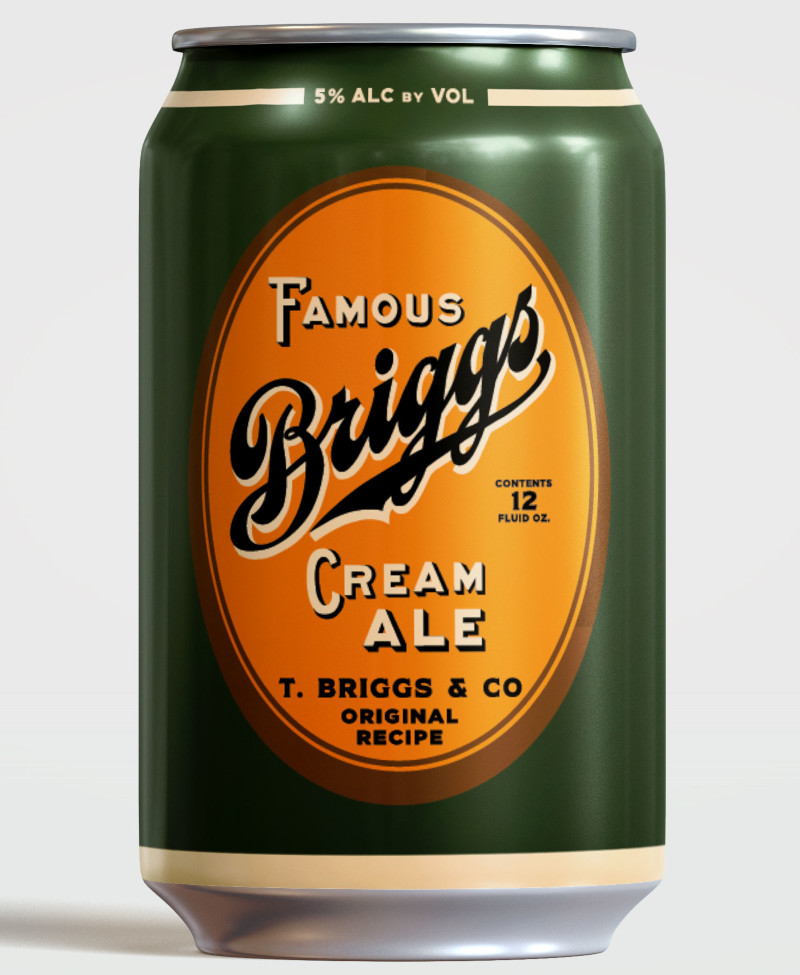 T. Briggs & Co. beer was revived by Old Time Beer Brands, LLC in 2019 after a dormancy of nearly 100 years. A mainstay during the rapid growth of Elmira, NY after the Civil War (see History), T. Briggs & Co. was one of the many local beers that was familiar to the men and women who called the Elmira area home for generations. Briggs, like many great regional beer, liquor, and wine brands did not survive the Prohibition period.

One night, while enjoying a draft in a local Elmira bar, Old Time Beer Brands Founder Steve Shaw Jr. asked the bartender about the faded T. Briggs & Co. sign on the wall and was told it was one of several beer brands once produced in the area. His curiosity piqued, Steve researched Briggs at the Chemung County Historical Society and became inspired to rejuvenate the brand.

The inaugural Briggs Cream Ale is a celebration of the many cream ales that originated in upstate New York during the late 19th-Century. Very much an American invention to compete with popular German-style lagers that followed immigrants to the U.S., a cream ale is not made from dairy. It simply utilizes corn to lighten the typically heavier ale style. Why cream ales carries the “cream” name is a matter of historical debate.

T. Briggs & Co. has a colorful history -- including a run-in with organized crime and several federal raids!

By any standard, Briggs was an old brand. It was founded in Elmira, NY in 1866 by two men by the name of Bevier and T. Briggs, but after several years Bevier and his family moved to Rochester. At some point in the 1870's, John Arnot Jr. (a name familiar to many Elmira citizens to this day) became a new partner, so the firm was renamed T. Briggs & Co. After T. Briggs died in 1883, the brewery became the sole property of the Arnot family.

Prohibition ruined countless small breweries and distilleries throughout upstate NY, and Briggs was no exception. It hung on for a few years in the 1920's making permitted low-alcohol beer, but fell into insolvency. However, organized crime soon took over the operation (which stood on 2nd St. in Elmira, now demolished) under the pretenses of making legally sanctioned beer of a non-intoxicating variety.

The ruse did not work. Briggs was raided in 1927 for abusing its license and making strong beer, as well as bribing a public official! But that was only the beginning...

In 1932, well-known New Jersey mobster Waxey Gordon bought the Briggs operation under an alias and his conspirators/brewers got to work. Police in New Jersey were tipped off to the operation after discovering documents related to a murder, pointing to a massive operation in Elmira. By the time the feds raided Briggs in April of 1933, the well-known Elmira "cereal brewery" was making illegal beer and liquor measured in hundreds of thousands of gallons, utilizing a complex underground operation involving secret pipes and tunnels between adjacent buildings and sewer transportation of equipment.

The Waxey Gordon raid had all the hallmarks of a huge scandal as it became clear police in Elmira were on the take, as well as several corrupt upstate businessmen who were financing Briggs. Time was on their side, however, as Prohibition was repealed a few months later and nearly everyone got off with a quiet plea deal. Waxey Gordon was eventually brought down by tax evasion, not making illegal alcohol.

Unfortunately, the T. Briggs & Co. brand melted into history after the Waxey Gordon years. That is, of course, until now.

When Steve Shaw Jr. decided to resurrect an historic, pre-Prohibition Upstate New York beer brand, the choice of style was a no-brainer. It’s going to be a cream ale.

While the region has seen an explosion of craft breweries over the past ten years, the city of Elmira still doesn’t have a beer to call it’s own. However one Elmira native is looking to change that.